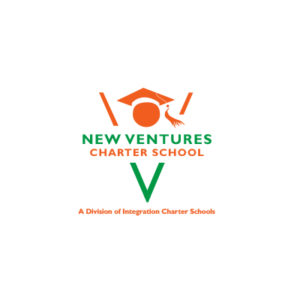 Prior to the COVID-19 pandemic, New Ventures students split their classroom time between traditional academics and hands-on fieldwork, with the mission of gaining real-world experience to better prepare them for success in both their professional and personal lives. In collaboration with one of our community partners, students involved in our local assisted living facility program, Partners in Time, recall visiting residents of The Brielle at Seaview around four days a week. Aimed at bridging the age gap between generations on Staten Island, both our students and the residents would simply enjoy each other’s company during this class time, engaging in conversation, playing games, and watching live entertainment together.

However, that all changed about a year ago when the virus first appeared in New York. The Brielle, known for keeping their older adults active and social, was not as lively as it once was when at-risk residents became required to isolate themselves from one another as well as their family and friends. Observing the positive impact the project had on students and residents alike, New Ventures teacher and Partners in Time leader Orly Wiseman planned for a new means of communication to keep the connection alive. Held weekly through video chat, the virtual pen pal program gave an opportunity for our classes to keep in touch with residents of The Brielle from a social distance.

According to Wiseman, topics of discussion during the sessions typically range from the excitement of current events to insightful stories of the past. One student, Sarah, admitted that when she first joined the class, she wasn’t sure how well conversation with the residents would flow. A few months into the program, she realized that her assumptions were wrong. “I thought it was going to be boring because I never experienced having a long conversation with an older person. Getting to know what they’ve done in their youth and where they are going in the future is interesting to me,” she writes. Another student, Jayden, had a similar experience. “I was concerned about what type of conversations we would have,” he says. “Talking to them has helped me to become more patient and understanding. Sometimes you have to explain things that may seem like everyday tasks to us.”

As for the residents, they are in agreement that Partners in Time has brought a sense of normalcy to their lives in such chaotic times. “These days we’ve become used to sitting in our separate rooms, with not much else to do but watch the news on TV,” Charlie, a resident, writes. “Epidemic this. Epidemic that. It’s nice to have a break to speak with the kids.” When asked about how the program has changed her day-to-day life, resident Irene speaks on how it brings comfort to her. “I like that spending time with the students brings to light how differently people react to situations,” she says. “Sometimes you think you’re the only one having a particular problem but then you listen to others in the group talking about their experiences and it feels better knowing that someone is going through the same thing.” Both residents have expressed how eager they are to meet the students in person once in-person restrictions are lifted.